TAROT @ The Star by Hackney Downs

Today at our Tarot event at The Star by Hackney Downs, we shared poses inspired by the following cards. As requested, here they are! Tarot proved such a rich theme that we’ll be sure to return to again in the near future. Thanks to everyone who joined us for our packed out afternoon of drawing, tarot readings and lots of larp swords and goblets  galore…

THE STAR – modelled by Lucian. Our positive start giving us self belief in our power to be able to draw and look to the stars, and within ourselves, to guide us through. 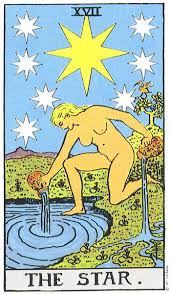 & THE MOON – modelled by Lucian.

Miranda posed as THE HERMIT, holding the lantern and staff to guide the pathway. Then Lucian posed as DEATH – symbolising transformation and change. Then we took our break.

After the break, we had THE LOVERS card featuring all 3 models, which was mirrored later by THE DEVIL card, featuring Georgie as the horned one, with Lucian and Miranda as the enchained figures of lust and pride.

JUSTICE held the scales and sword, with a crown of ivy. Modelled by Miranda.

THE QUEEN OF CUPS presented a very positive card, such as representing the object of affections of the person having their tarot read. Modelled with veil by Georgie.

The longer poses were of THE HIGH PRIESTESS, as modelled by Lucian, also called the Female Pope sometimes. A very powerful card. Our Priestess posed under a thin veil of awareness, balancing the mysterious powers of the unknown. The High Priestess calls you to look beyond the obvious, to the hidden and obscure.

Our final pose was THE EMPRESS, modelled by Georgie, representing in our interpretation mothering, abundance, the senses and presiding over of the lovers.